Helping Hand, the not for profit organisation run by a dedicated committee of Leyland Trucks and PACCAR Parts employees, is proud to announce its annual ball has raised £16,000 for charity.

Helping Hand, the not for profit organisation run by a dedicated committee of Leyland Trucks and PACCAR Parts employees, is proud to announce its annual ball has raised£16,000 for charity.

Another record-breaking year of fundraising in 2018 saw the charity raise a total of £62,000 with all monies being distributed to good causes working in and around Leyland, or national causes which have benefited an employee. The range of charities receiving support included St Catherine’s Hospice, Rosemere Cancer Foundation, Rainbow House, Tender Nursing Care, Derian House Children’s Hospice, the North-West Air Ambulance Charity, Cash for Kids, Trust House and the Motor Neurone Disease Association.

As is tradition, 2019 activity began last weekend with the annual Helping Hand charity ball, hosted at Park Hall in Chorley, and which saw around 300 people attend, made up of long-term company suppliers, staff and senior management.

With 2019 celebrating 25 years of Helping Hand, the black-tie event paid tribute to the charity’s momentous silver anniversary, and the staggering one million pounds it has raised since it began. 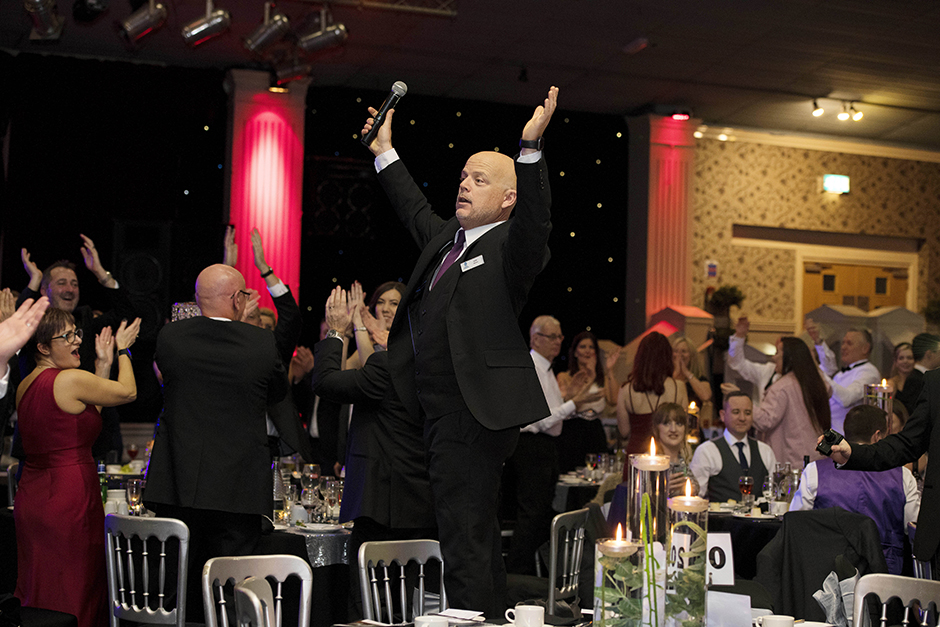 In addition to dinner, dancing and entertainment from local group, the Simon Faulkner Band, and a surprise turn from a group of Singing Waiters (Sing Out Sisters), guests were encouraged to buy raffle tickets and bid for auction prizes such as golf days, theatre tickets and hotel breaks on the night. A bidding frenzy ensued when the auction announced it had 4 tickets to watch the Spice Girls, further bids came in fast succession when tickets to the Grand National were made available to the room.

Recognising the importance of social media, the Helping Hand Facebook page offered competition hopefuls the chance to win an additional two tickets to see the Spice Girls. Speaking of the event, Helping Hand chairman Matt Kersey said: “Tonight was a celebration of all that we have achieved over 25 years, raising and donating over £1m in the process. The charity ball was a fun night but also achieved its aim of raising a record amount of money which will be donated to local charities during 2019. Then, to top it off the brilliant entertainment had 300 people on their feet and joining in”

With a range of activities planned for 2019, including a Factory to Festival cycling event, Helping Hand is set to have another successful year of fundraising for the community.